Ever since I was a kid, I’ve always wanted to build and run my own company. Not just any company. A really large company with multiple business interests, shareholders, board meetings, strategic acquisitions, large campuses with multiple cafeterias, helipads, the works. While that remains a slightly distant dream, I think I’ve already identified the core members of my team. Together, they form the board of this behemoth. I’d like you to meet them. 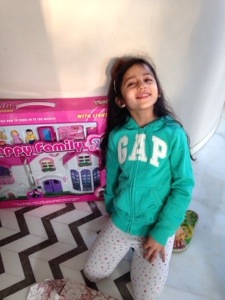 Being the eldest, she should ideally be the Chairman. However, Aanya decided very early in her life that she doesn’t want to be part of a company that is stupid enough to employ her siblings. She started off on her own and made her fortune in online fashion retail. The board soon realized that the financial aspects of the company cannot be left to the remaining jokers. So it pleaded her to come and set things in order. Inheriting an astute business mind from her father and being excellent in math, she sorted the messy accounts of the company and streamlined the finances in a matter of weeks since she took charge.

She can be spotted working in her office late at nights and has often been photographed rolling her eyes during board meetings when her siblings come up with harebrained ideas. She threatens to quit every week.

Ahaan :
Chairman of the board 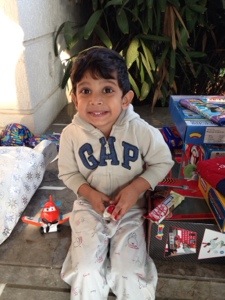 There was absolutely no contest when it came to choosing the chairman of the board. The board was looking for a man who swam above the turbulent waters of day to day company running. Someone who could think beyond the obvious. Someone who really didn’t bother with the small stuff. Ahaan can be spotted in most board meetings, staring out of the window with a rather blank expression on his face, chewing candy. In his first week as Chairman, he bought himself a private jet. He conducts most of his meetings on that jet, parked in the hangar and occasionally spends a night or two in it.

He is relentless, stubborn and has a very definitive vision for the company. He fears no one in the company. Except the COO. 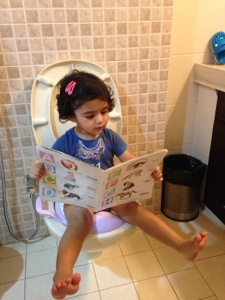 Most people in the company don’t see Myrah. They hear the clackity-clack of her stilettos and run for cover. She is sharp, ruthless and terribly efficient. It takes some amount of authority to control a workforce the size of a small country. And she exudes authority. It also helps that she is the only one the Chairman is scared of.

Rumor has it that she took the company private jet on a joyride on the very first day that it arrived and got nail polish stains on the Chairman’s seat. All of it for the sole purpose of annoying Ahaan. She is most often spotted in her office, or so they say. No one really has the courage to peep in.

Agastya :
Visionary and Head of Future Strategies and Acquisitions 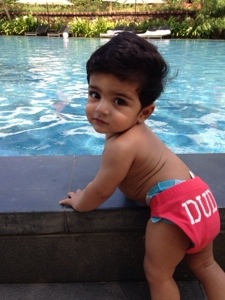 Gus, everyone calls him Gus, was handpicked by the Chairman to be his CEO. He wanted someone a little chilled, unlike his two bullying sisters. The trouble was that the CEO was expected to conduct a ton of press conferences and interviews. At each of these press conferences, as soon as Gus would make an appearance, lady journalists would start to squeal, like groupies. The squeals would be so loud that no questions could ever be asked. A few of them have been known to faint on occasion. Gus would try and speak softly into the microphone, “Calm down ladies” and flash a dimpled grin. It only made matters worse.

So now he heads the future strategies division. His creative mind has ensured that the company only invests in businesses built on great design ideas. He can often be spotted eating with the staff at one of the common canteens, surrounded by a bunch of girls.

So here it is. My company isn’t up and running yet but my team is set. And it’s a formidable team, with each member bringing their own strengths to the table. In a few decades, they are going to be on the covers of Fortune and Forbes.

Insider tip : Invest early, this company is going to be huge.

I'm a Gynecologist by profession but an artist at heart. Forever trying to bridge the gap between Art and Science. I love good design, good food and open minds. I hope you enjoy my blog.